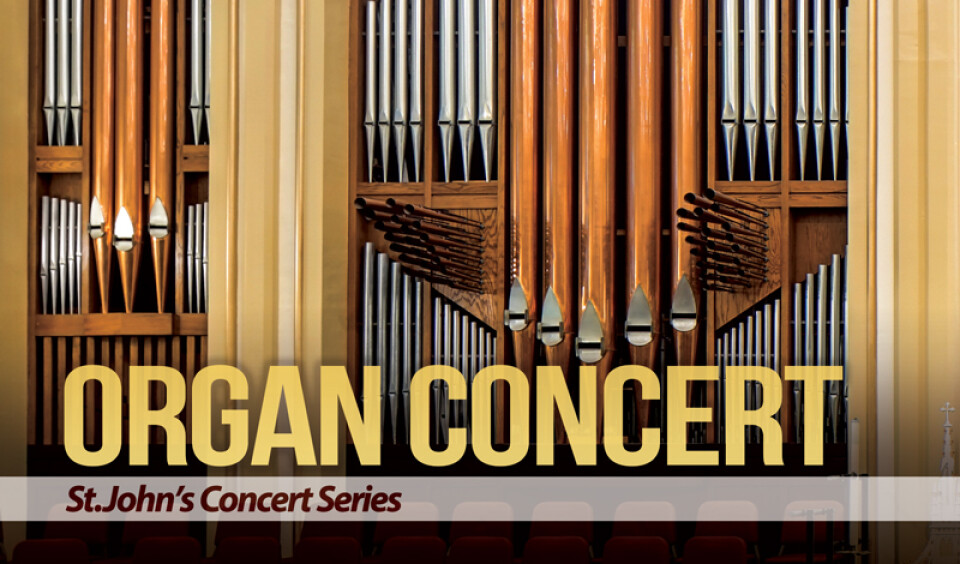 to in-person music! We're glad to return with a solo organ concert by organist Charles Raasch. He'll be demonstrating the breadth of capability of our Ballantyne organ.

The program focuses on French literature, with a couple of important exceptions. The exuberant and joyful BWV541 Prelude and Fugue in G of Bach will open the concert. We are excited to present the West Coast premiere of Dr. Tom Mueller's "Sonata" written last Spring. Dr. Mueller, assistant professor of church music at Concordia University, is a diligent and careful composer, with a harmonic language that is at the same time fresh and accessible. This amazing piece is a great addition to the corpus of organ literature.

We'll be playing major French works from Durufle, Jongen and Saint-Saens as the core of the program.

Please RSVP to Attend This Concert

Online RSVP is REQUIRED* - current state guidelines require us to limit attendance and provide for physical distance between attendees.
*Online registrations are made using a my.stjohns login --  CLICK HERE for Quick, Easy Instructions! 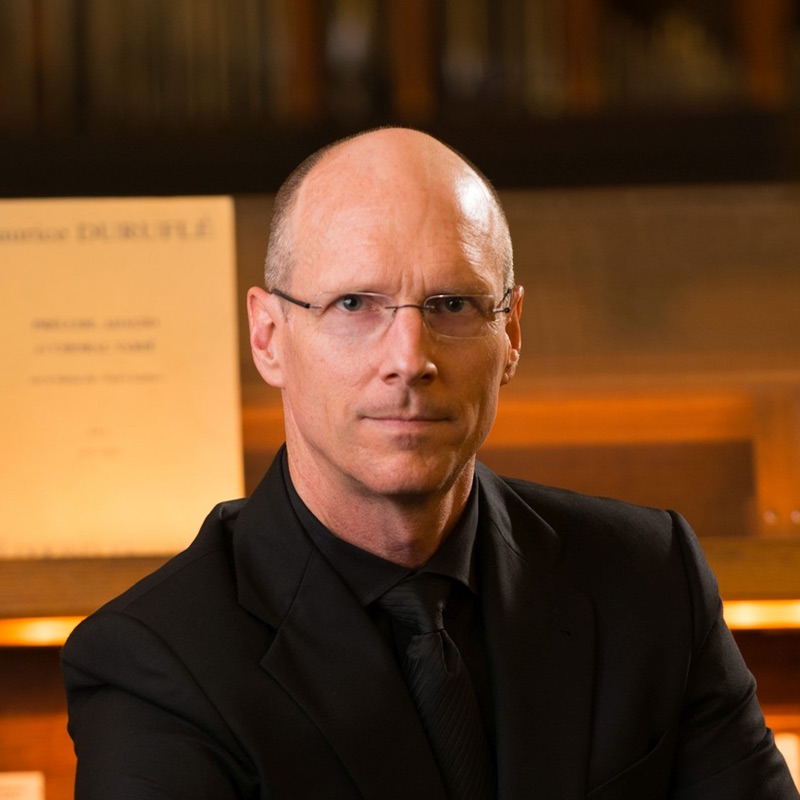 Charles Raasch is a long time resident of Orange County. He has been active in music here for over 45 years. He has played for Lutheran, Catholic and Presbyterian churches over the years, and substitutes at churches and venues throughout the area. He is currently the organist for the St. John's, Orange concert series, playing literature and composing new works which are often find their debut at these concerts. After early training at St. Johns with Dr. David Held and Dr. Bill Heide, he studied with Esther Jones, Dr. Michael Burkhardt and Dr. Tom Mueller.
Charles is an electrical engineer by trade, and in addition to a passion for playing organ music, is involved in developing hardware and software for digital organs. He currently is employed as a VP of Engineering at Acacia Research in Irvine. He lives with his wife Leslie and well loved dogs in Foothill Ranch, California.

Prelude and Fugue in G major is likely a later organ work of Bach, of which there are few. Most of his well-known organ works are from early part of his career, written before moving to Leipzig. This prelude and fugue has many Italian concerto influences, and I find it one of the most joyful works Bach is known to have written.

Joseph Jongen was a prolific Belgian composer in the late 19th and early 20th centuries. He composed for many different ensembles, including organ and orchestra, and organ solo. He is largely and unfairly overshadowed by French organists of the period such as Widor, Vierne, Guilmant and others of that school. Jongen’s organ works, rather than improvisational in style like those of the French school, are thoroughly through composed works. This excerpt of two pieces from his Opus 37 Four Pieces for Organ (1910) demonstrate that compositional prowess.

My friend and colleague Dr. Tom Mueller is Assistant Professor and Chapel Organist at Concordia University, Irvine. He is a very intelligent, thoughtful, and thorough composer. His harmonic language is fresh while being accessible.

This “Suite” is a new piece written in 2019 and 2020, with the bulk of it composed in the early days of the COVID pandemic in April 2020. The work was commissioned by Bill and Nancy Raabe in honor of Dr. Steven Wente. This performance is the West Coast premiere of the work, and I’m happy and honored to be playing it.

The first movement is a set of variations based on an original chorale-like melody. Dr. Mueller, as I am, is a fan of J. S. Bach. I can see the influence of Dr. Mueller’s study of Bach’s work in canon in several of the movements, treating the melody in canon, inversion, and retrograde. The second movement “Song” introduces a soulful melody, with a middle section introducing new harmonic colors and countermelodies. The original melody returns with a harmonically ingenious reintroduction.

This work is a reduction for Organ alone of the slow movement of the famous Saint Saens symphony #3, sometimes called the “Organ Symphony”. This reduction demonstrates many of the fine string colors of the Ballantyne organ.

Maurice Duruflé (1902-1986) dedicated the three-movement Suite he composed in 1933 to Paul Dukas, his composition teacher. The Prélude is in E-flat minor, with a powerful crescendo and decrescendo emphasizing its somber key. The graceful Sicilienne shows many Impressionistic effects, and is a lovely dance for an organ’s flute, reed, and string stops. The concluding Toccata is a tour-de-force for both composer and performer. Duruflé was never completely satisfied with it. It is a lot of notes with which to close this program. Thank you for being here, in person or virtually.