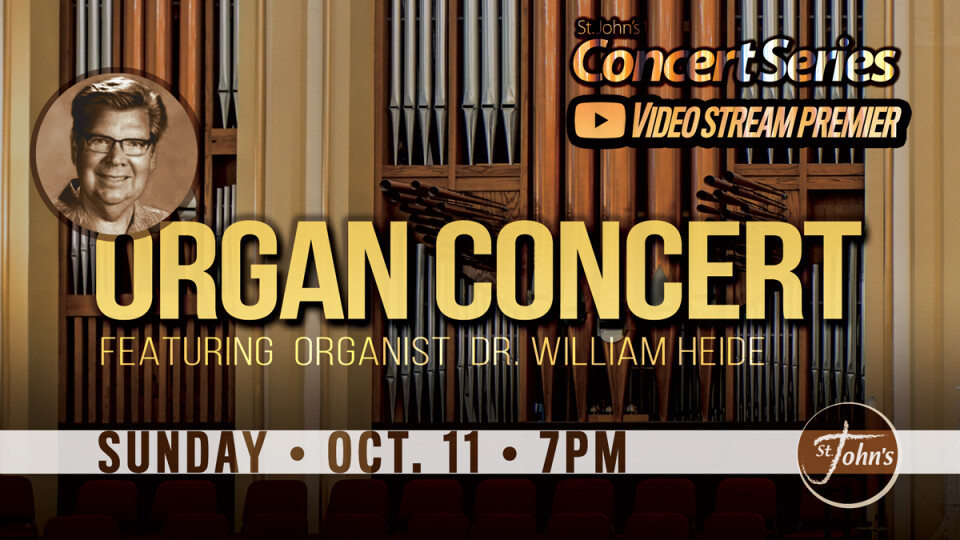 Dr. William J. Heide  was born on January 8, 1951, in Burbank, California. At age ten he began taking organ lessons and played for his first church service at Prince of Peace Lutheran Church in Anaheim, California, in July of 1962. After graduating from Loara High School in Anaheim in 1969, William enrolled at Concordia University, then known as Concordia Teacher’s College, in River Forest, Illinois. While attending college, he served as Director of Music at Grace English Lutheran Church in Chicago, directing the adult choir and playing the organ, from 1970 to 1972.

William Heide graduated from Concordia University, River Forest, Illinois, in 1973, having been enrolled in their Director of Parish Music program. His first call was to Holy Cross Lutheran Church in Cypress, CA. as Minister of Music and Education. In 1981 he received a Master of Music degree in Choral Conducting from California State University, Fullerton. Dr. Heide served as Minister of Music at Zion Lutheran Church and School in Anaheim, California, from 1974 to 1982. There he directed the children’s and adult choirs, played the organ, organized a handbell choir program, taught music in the elementary school, and planned the worship services. From 1982 to 1990 he served as Director of Music at St. Paul Lutheran Church in Trenton, Michigan. In Trenton, Michigan, he developed a graded choir program from age 6 through adults. The St. Paul Concert Series became a popular cultural event in the Detroit area during his tenure. Since 1990 Bill has been the Minister of Worship and Music at St. John’s Lutheran Church in Orange, California.

In August 2001 he received his Doctor of Musical Arts degree (D.M.A.) from the American Conservatory of Music in Chicago. Dr. Heide’s major was in conducting, studying under the direction of Maestro Richard Schulze.

Dr. Heide’s duties at St. John’s Church include senior organist, director of two adult choirs, and worship planner for the traditional and blended weekend services. He administrates a music program which includes five volunteer and auditioned vocal and handbell choirs, six classroom choirs in St. John’s School, a community music conservatory, and a concert series. Bill has presented many workshops in organ music, choral music, and worship, and regularly performs organ recitals, hymn festivals, and choral concerts. He has even performed on many organs as part of his European tours.

Bill and his wife, Linda, have four children and David is a high school art teacher, Jennifer is a kindergarten teacher, Rachael lives in Scottsdale, AZ. And Rebecca lives in Alpine, CA. Linda is a retired nurse and continues part-time as National Ambassador with PartyLite Gifts. The family enjoys going to the Heide beach house in their spare time. Bill and Linda are proud grandparents of eight grandchildren.

Fourth Saturday of the month